Research
TMF: One and Done or the Future of Fed Tech Funding 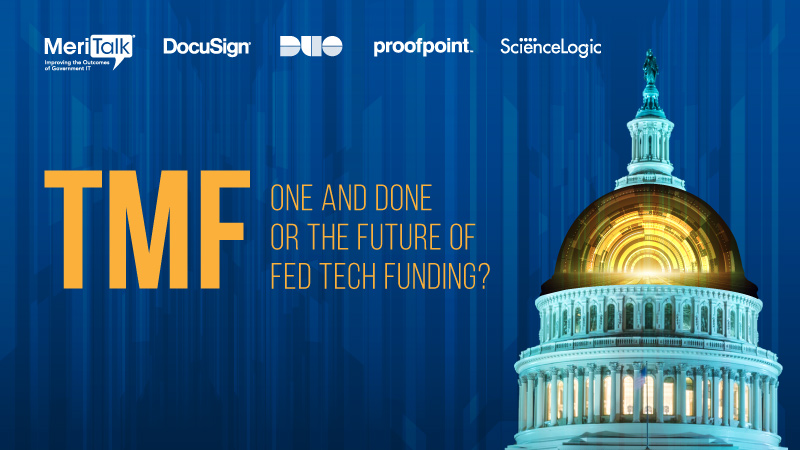 TMF: One and Done or the Future of Fed Tech Funding

The Technology Modernization Fund (TMF) is a Federal IT funding vehicle authorized by the Modernizing Government Technology Act of 2017. In its first three years, the TMF received $175 million in funding before receiving a massive infusion of $1 billion in the American Rescue Plan Act. The TMF kicked off its spending spree on September 30, 2021 with $311 million of awards to Federal agencies and anticipates the next round of awards to be in 2022.

MeriTalk, in partnership with DocuSign, Duo Security, Proofpoint and ScienceLogic, surveyed over 80 Federal executives to explore perspectives on the program and its future.

Download the “TMF: One and Done or the Future of Fed Tech Funding?” infographic to learn more.

View Press Release
Please provide the information below. All fields marked with an "*" are required.
Share
Sponsor(s)