For the IT modernization movement that has – often slowly but very surely – taken hold of the Federal tech policy agenda over the past decade, few have done more to work the inside policy engine than Matthew Cornelius. 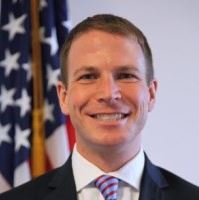 We caught up with Cornelius earlier this month to ask him about ADI’s ambitious goal of speeding the IT revolution in government, and what it will take from both government and industry to move the needle more quickly.

MeriTalk: Please tell us about ADI, and what are two or three things that you’re really looking to accomplish as an organization?

Cornelius: ADI exists exclusively to drive better commercial innovation in the public sector, and to break down barriers – either real or perceived – in how innovation can be bought and used in the public space. And to highlight new and better examples from our member base to agencies, to policymakers, and to folks in Congress, that will enable faster transformation.

One of the priority areas we focus on is how to expand and help agencies use more rapid acquisition authorities to both buy and use technology solutions that meet mission outcomes.

MeriTalk: How does your time in the government ranks – which is impressive – help inform that acquisition aspect, and the push for faster commercialization?

Cornelius: In the general area of IT modernization, I’ve done a lot of policy work in recent years. I think the sweet spot that both I and member companies at ADI want to get to is filling this gulf between “Big P” policy mandates that come out of OMB guidance, and then what those mandates mean two or three or four levels down in an agency where folks are actually trying to buy and use technology to meet mission outcomes.

One thing I’ve found is there’s a vocabulary we use, and there’s a way of communicating we’ve had where we talk at a very particular level about modernization as an idea. And maybe there are some particular policy tenets or technology tenets that come along with that, but between when OMB speaks and when it actually happens on the ground at the agency, results can vary.

There are so many other people – what I call the sort of human supply chain – in between policy formulation and policy execution. All of the people in that policy chain – whether they’re CIOs, CISOs, program managers, acquisition professionals, acquisition support staff – they all have different incentives and different reasons for taking action. Until you have that complete picture and you understand what all of these people are doing to try and achieve a very complex outcome like driving legacy processes away, you’re only tweaking at the margin.

So what ADI wants to do is not just talk to the C-suite executives, or just talk to folks on the Hill, we want to create better and deeper engagement – what we refer to as kinetic engagement. We don’t want to just comment on policy. We want to demonstrate examples so folks can see better how innovation is happening, and unique opportunities we’re seeing in particular agencies, and figure out ways to help other agencies adopt and scale those practices.

That’s one of the main reasons I came to ADI – I felt that there was always this void that was not being filled, where there was a lot of white noise between legal and policy mandates and the realities on the ground. I think bridging that gap is going to help us implement and drive IT modernization faster and more quickly over the next several years.

MeriTalk: Rapid progress on implementing modernization policy directives at the agency level obviously has to gel with also accomplishing agency mission priorities, and that seems like a more complicated picture at bigger agencies with more component parts. What is ADI’s view on not only that inherent tension, but the opportunity it presents?

Cornelius: I’ve always viewed technology as the mission, and Federal agencies are essentially technology organizations that deliver mission because technology is driving them. Understanding the priorities is confusing even for a lot of large, sophisticated companies, and newer innovative companies that want to get into the Federal space.

It’s very hard to understand who has the authority and the air cover to actually make decisions about products and technology, and that’s different in every agency because of the way they are appropriated. And the degree to which agency political leadership prioritizes these issues also makes it a very complex landscape, and too often it becomes an agency-by-agency or component-by-component view.

MeriTalk: Tell us about the workforce piece of ADI’s mission. The issue gets talked about a lot – rapid age-out, skills, recruiting and retention – what’s the special sauce for that?

Cornelius: I’ll probably get philosophical on this one because it’s a windy road. In my opinion, the workforce issue has too often been focused on the current Federal workforce, what are the skills they do or do not have, what are the skills we think they should have, and then how do we recruit, retain, train, and incentivize folks.

I view the Federal technology workforce as broader than just the people in agencies working in CIO offices or as program managers – there’s a whole constellation of humans who are using, and incorporating technology to improve mission outcomes for the Federal government. And I believe there are skills and opportunities – especially as we move into cloud and artificial intelligence and IoT – where the actual workforce on the ground needs to be trained more effectively and incentivized to use these technologies. Not just to routinize administrative tasks or to double check work – which is a lot of the low hanging fruit – but to really allow those technologies to scale out, and deliver services to citizens.

Beyond that we need smarter and better people in the contracting world and in industry, we have to build the broader pool of talent that is all aligned to help and drive mission. So it’s not just whether you are a Federal employee or a contractor, it’s thinking holistically about how technology can help us solve these issues, and getting more smart people from both a policy standpoint and a technical standpoint in order to do this. So, I view it as the boat has to be a bigger boat, and we have to think more holistically about the problem. It’s more than just tech people in the boat.

MeriTalk: Can you tell us about ADI’s membership base?

Cornelius: I won’t drop any names, but it’s a great constellation of very large, very sophisticated companies paired with very small, upstart, nimble companies. They all have different perspectives, but we’re all aligned around the same goal. The focus of ADI is on better commercial innovation in the public sector, it’s not trying to boil the ocean, it’s not trying to play in every pot. It was created to address the issues that I saw and tried to correct in government.

There’s no surfeit of companies that want to solve a public problem, or want to do public good. They’re just scared by what they’ve heard about how things work in Washington or how confusing it is. It doesn’t have to be confusing. When you can demystify that, and you can partner some of these smaller companies up with larger folks, you incentivize them to focus on public sector to deal with these public problems.

MeriTalk: OK, enough serious stuff for one day. Tell us what else you like to do in life that has absolutely nothing to do with government or IT.

Cornelius: My wife and I really love traveling. I watch a lot of football and I’m a Kansas City Chiefs fan, so it was a BIG week [this interview was conducted after the Chiefs won the Super Bowl on Feb. 2]. But college basketball is my bread and butter. One interesting thing about me that most folks can’t seem to wrap their minds around is I went to undergrad at the University of North Carolina, but I’m the world’s biggest Duke basketball fan. It just goes to show you that bipartisanship is still alive and well in Washington.

John Curran is MeriTalk's Managing Editor covering the intersection of government and technology.
Tags
ADI
Matthew Cornelius
Modernization
OMB
We use cookies and other tracking technologies to improve your browsing experience on our website, to show you personalized content and targeted ads, to analyze our website traffic, and to understand where our visitors are coming from. By browsing our website, you consent to our use of cookies and other tracking technologies.
Do not sell my personal information.
Cookie SettingsAccept
Cookies