Department of Homeland Security Acting CIO Beth Cappello said she is directing the move of the Cybersecurity Operations Center from the CISO Directorate to the Information Technology Operations Directorate (ITO). 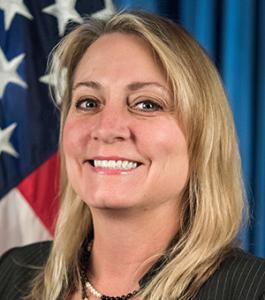 It will also allow the CISO to focus on enterprise policy, compliance, and assessments in support of the DHS mission, Cappello said. That includes expansion of the Cybersecurity Service Provider Program to include assessments of network operations centers, she added.

Consolidating the security and network functions under ITO will increase collaboration and network integration, and a more integrated workflow under a single directorate will make it easier to deploy, implement, and respond to capabilities preventing intrusions, Cappello said.

John Curran is MeriTalk's Managing Editor covering the intersection of government and technology.
Tags
Beth Cappello
DHS
ITO
We use cookies and other tracking technologies to improve your browsing experience on our website, to show you personalized content and targeted ads, to analyze our website traffic, and to understand where our visitors are coming from. By browsing our website, you consent to our use of cookies and other tracking technologies.
Do not sell my personal information.
Cookie SettingsAccept
Cookies