“The diligent use of innovative data analytic systems has contributed or led directly to many of the law enforcement cases presented here today,” said Shantanu Agrawal, the deputy administrator and director of Centers for Medicare and Medicaid Services (CMS) Center for Program Integrity. “CMS is committed to its collaboration with these agencies to keep federally funded health care programs safe and strong for all Americans.”

More than 60 of the defendants were charged with fraud related to the Medicare prescription drug benefit program known as Part D, which is the fastest growing component of the Medicare program overall.

“I think the thing that really is different is the speed with which we are able to do our jobs,” Ann Maxwell of the Office of the Inspector General at the U.S. Department of Health and Human Services told MarketPlace.

Maxwell also noted the team has gained access to real time data for Medicare and Medicaid in the last five years.

In August 2015, MeriTalk conducted a study, underwritten by MarkLogic, called The Economics of Eligibility: The Cost of Eligibility and Verification Challenges for Government Healthcare Benefits. The study examined health and human services agencies’ pain points, and revealed these agencies are struggling to balance rising benefits enrollment with a variety of eligibility and verification challenges.

Most notably, the study stated $342 billion is lost each year due to improper payments from benefit eligibility and verification issues, with case workers estimating 11 percent of current beneficiaries should not be receiving benefits.

Now, these agencies are ramping up and focusing more on data: The Department of Health and Human Services hired a chief data officer this year and is planning to hire 10 additional staff members for that office.

Including Wednesday’s enforcement actions, the Justice Department states nearly 1,200 individuals have been charged in national takedown operations, which have involved more than $3.4 billion in fraudulent billings. 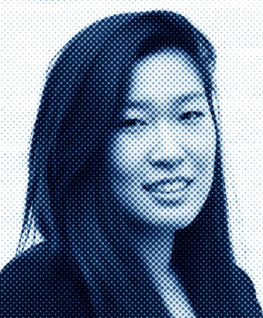 Sarah Masuda is a Staff Reporter for MeriTalk covering cybersecurity and and general assignment Federal IT news.
Tags
Fraud
Health IT
Healthcare
HHS
Justice Department
Loretta E. Lynch
Shantanu Agrawal
Sylvia Mathews Burwell
We use cookies and other tracking technologies to improve your browsing experience on our website, to show you personalized content and targeted ads, to analyze our website traffic, and to understand where our visitors are coming from. By browsing our website, you consent to our use of cookies and other tracking technologies.
Do not sell my personal information.
Cookie SettingsAccept
Cookies