Luke McCormack, the chief information officer at the Department of Homeland Security, submitted his resignation today.

McCormack made the announcement today at an event in Washington, D.C., sponsored by the Association for Federal Information Resources Management (AFFIRM). 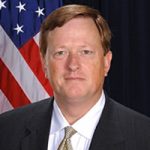 McCormack joined DHS in 2013. He previously served as the CIO at the Department of Justice. As a political appointee, his departure is not unexpected (MeriTalk has a list of 25 CIOs and their expected status during the transition).

Before joining the Federal government, he served at various private sector companies including MCI and Ford Aerospace.

Morgan Lynch is a Staff Reporter for MeriTalk covering Federal IT and K-12 Education.
Tags
CIO
DHS
Luke McCormack
We use cookies and other tracking technologies to improve your browsing experience on our website, to show you personalized content and targeted ads, to analyze our website traffic, and to understand where our visitors are coming from. By browsing our website, you consent to our use of cookies and other tracking technologies.
Do not sell my personal information.
Cookie SettingsAccept
Cookies