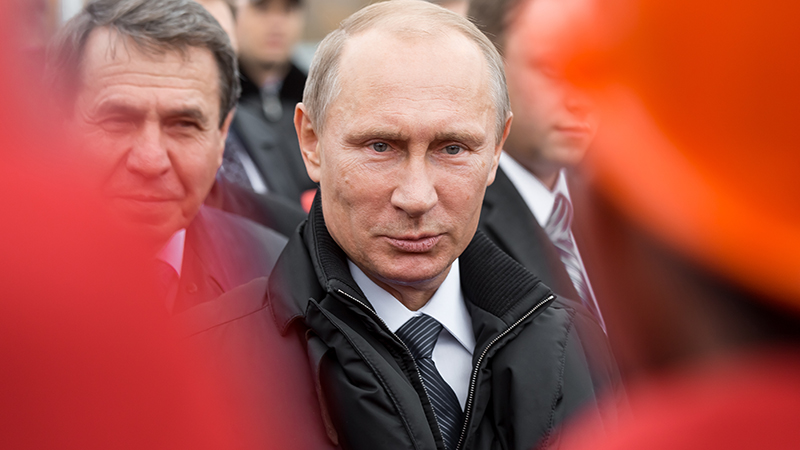 There is no evidence that Russian hacking activities altered the results of the 2016 presidential election. Ghost votes were not cast and electronic tabulations were not changed. But there is ample evidence that Russian President Vladimir Putin’s intelligence services are now waging a massive information operations campaign targeting Western democracies.

There is now general agreement among the director of National Intelligence, the director of the FBI, and the CIA that Russia engaged in a wide-ranging campaign to influence the outcome of the election in favor of Republican Donald Trump, who has taken a decisively pro-Russian stance when questioned about the actions and intentions of Putin.

But the reaction to the intelligence community’s assessment by Trump loyalists and various information technology pundits has been to simply point to the possibility—however remote—that some lonely hacker who still lives in his parents’ basement could have been to blame for data breaches that led to the release of a trove of embarrassing emails related to Hillary Clinton’s campaign and the Democratic National Committee. Of course, such a conclusion is not only wrong, but it reveals a fundamental lack of understanding of how intelligence operations work.

The offensive hacking component of Russia’s activities to disrupt the U.S. election was but one part of a much larger information operations campaign—a campaign that is now believed to have involved layered operations security, psychological operations, and active dissemination of disinformation.

On Thursday, just one day before I appeared on BBC World News to provide an intelligence professional’s perspective on the Russian campaign, former CIA Director Gen. Michael Hayden appeared on the same program and characterized the effort as a massive intelligence victory for Moscow.

The reason Hayden is correct in his assessment and why the president-elect of the United States should side with the consensus view of his own intelligence services is because of how such intelligence assessments are developed and conclusions reached. The CIA’s assessment was not based on news media headlines or exclusively from computer code forensics. The assessment provided to Trump and to members of Congress is based on an all-source analysis of activities, ranging from code analysis to signals intelligence, open source information, and good, old-fashioned human intelligence—spies.

It is completely within the capabilities of U.S. intelligence to identify hackers and members of organized criminal elements working in cooperation with Russian intelligence. Two individuals involved in the Russian hacking effort are known to the U.S. intelligence community and are known to have working relationships with Russian intelligence. It is also within our capabilities to collect information that would implicate Putin in the operational planning and oversight of the campaign. All of that is, admittedly, very difficult, but far from impossible.

And I can’t imagine an intelligence assessment of such national significance that would not be based on a few digital fingerprints.

Now it is time to watch Europe. As much as Russia’s election hacking was an effort to destabilize the U.S. political system, Putin’s hopes and wishes don’t stop there. The success of the Russian effort in the U.S. practically ensures that Putin will turn his attention to the elections coming up in France, Germany, and the Netherlands—key NATO allies.