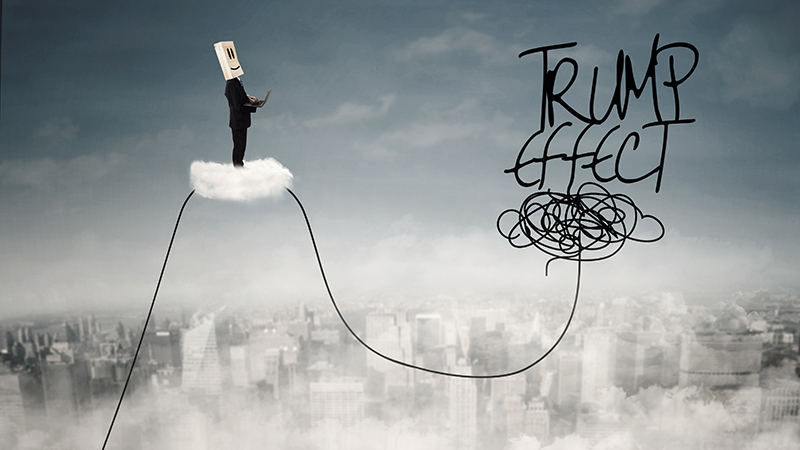 Analysts and pundits have been wringing their hands for the past two weeks trying to predict what the election of Donald Trump means for Federal IT and technology policy. Of course, nobody has a good answer because nobody really knows.

And while it will certainly take some time before IT issues bubble up to the top of the priority list for the new administration, the reality is that there’s no evidence to suggest that Donald Trump will not embark upon a radical retooling of Federal IT, potentially dismantling the failed General Services Administration’s 18F experiment and reversing course on the Obama administration’s baby, the U.S. Digital Service.

In fact, a radical shakeup is actually more likely than is staying the course. A Trump administration will steer the ship of state away from its current course of filling the government ranks with Silicon Valley heroes and instead turn over the government’s most challenging technological problems to private tech firms that can develop better solutions, under budget, and ahead of schedule.

THE SITUATION REPORT SPONSORED BY:

Trump’s loose grasp of technology issues and policy means he will continue to delegate many of these decisions to team members within his inner circle. Yes, many observers are hoping beyond hope that Federal Chief Information Officer Tony Scott will agree to stay on beyond the inauguration. But as Scott has acknowledged, nobody is asking. The reality is that the future of Federal IT is in the hands of Trump’s transition leaders for technology—Jeffrey Eisenach, an economist, and Mark Jamison, a research professor.

Neither Eisenach nor Jamison has any practical, hands-on technology management experience in government or the private sector. They are products of the Washington, D.C., think-tank scene. So what is their world view when it comes to IT policy and the role of government? One of the most instructive examples is the approach taken by Eisenach and Jamison to the FCC. Eisenach is no friend of the FCC and has supported significantly rolling back the agency’s authorities. But Jamison has gone a step further, actually questioning the need for the FCC’s existence.

Just how radical an idea is this? Well, consider that the FCC is the second largest source of revenue in the U.S. government–bringing in more than $44 billion last year as a result of spectrum auctions. “Who will auction off spectrum to the private sector?” asked a senior FCC source, who spoke to The Situation Report on condition of anonymity. “All that money goes to pay down the national debt by the way, not to FCC (whose budget has been flat for the last seven years at approximately $400 million). A $400 million investment for a $44-plus billion return in one year is something that the Trump administration might appreciate.”

What are the chances that the likes of an 18F, which has lost tens of millions of dollars, competes with the private sector, and has no major IT program successes to point to (other than a few websites and apps), could survive in a Trump administration that is willing to entertain the thought of eliminating a critical agency like the FCC? What are the chances that the Obama administration’s tech baby—the U.S. Digital Service—will survive Trump’s ongoing “evaluation” of the entire Executive Office of the President, which includes the Office of Management and Budget, the Federal CIO’s office, the Office of Science and Technology Policy, and more?

The reality is, these are not (as some have suggested) questions for a Republican administration. These are questions being posed to a Trump administration—a political organism that nobody yet truly understands. Anybody who thinks they know what is going to happen is simply not telling the truth.

“Is net neutrality toast? Probably,” said a senior FCC official. “Will they stop the activities of the FCC re: privacy and ISPs? Perhaps. However, the advisers may want to look closer if they think the Trump administration would want to kill the $44-plus billion/year in spectrum auctions revenue or their mechanism for rolling out broadband infrastructure to middle America. Not to mention E911 and other emergency telecom services for the nation.”

A willingness to eviscerate a Federal technology player as large and as important as the FCC is clear indication that the Federal government’s Silicon Valley experiment is far from safe. Liquidation of these highly questionable endeavors will not happen overnight. Like climate change, the sea levels are rising slowly but steadily all around 18F and USDS. And they don’t have the waders for it.