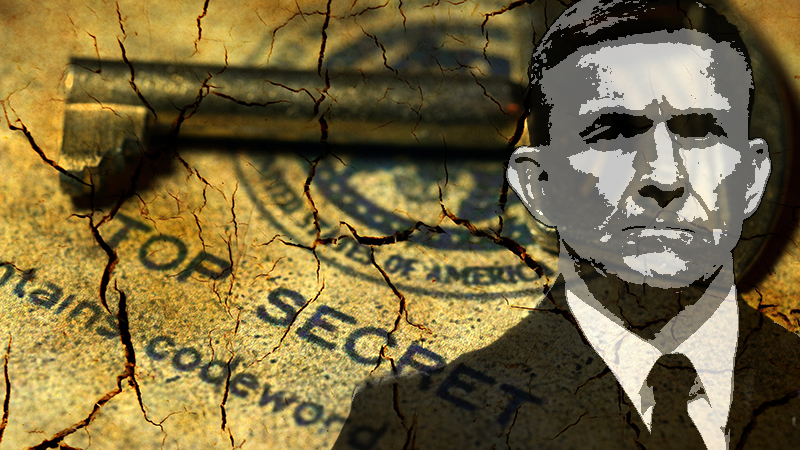 CIA historians have written entire books on how agency officials and analysts should get to know different presidents and how to most effectively communicate vital intelligence information to the most powerful person in the world.

But there’s no chapter (yet) in the CIA’s Getting to Know the President that could possibly prepare career intelligence professionals for President-elect Donald Trump’s inclination to publicly call into question the value and integrity of the analysis of our nation’s intelligence services. And that’s exactly what the tweeter in chief did on Tuesday.

But what’s really behind this very public rebuke? The truth is it has very little to do with the intelligence collected on Russian hacking activities. What Americans are watching play out 140 characters at a time, according to current and former intelligence professionals interviewed by The Situation Report, is a distasteful game of political retribution orchestrated by Trump’s pick for national security adviser, retired Army Gen. Michael Flynn.

Intelligence community veterans who spoke to The Situation Report paint a disturbing picture of a Trump national security team, led by Flynn, that is deeply skeptical of the CIA’s track record during the Obama administration—so skeptical, in fact, that Friday’s scheduled briefing on Russian hacking activities has already been discounted as little more than a political ploy.

Many of those same officials—all of whom spoke on condition of anonymity due to the sensitivity of the subject matter—describe an already tumultuous web of relationships among the most senior intelligence agency heads. Director of National Intelligence James Clapper, who is leading the review of Russian hacking activities, fired Flynn in 2014 largely because of Flynn’s tendency to bully anybody (including the White House) who didn’t agree with his hyper-partisan assessments. Clapper also recently tried to fire NSA Director Adm. Mike Rogers, who sources say is likely to retire to pursue the DNI position under Trump.

But it was Flynn who rode the right coattails to victory and it is Flynn who now serves as the intelligence gatekeeper for Trump.

A former senior official who served at a major intelligence agency said Flynn, the former director of intelligence at the Joint Special Operations Command under Gen. Stanley McChrystal, has a valid point about the quality of the intelligence he saw coming from the national intelligence community when he was in Iraq. “He wasn’t a happy consumer of intelligence and I don’t necessarily disagree with him,” the official said.

But the man who some see as a talented maverick with a reputation for straight talk is seen by others as just another “embittered ex-staffer.” And that, combined with his position as Trump’s national security adviser, makes him a dangerous wild card.

“I think Flynn has Al Haig written all over him,” said a former CIA officer, referring to former Secretary of State Alexander Haig, a retired Army general who famously put himself in charge of the White House when President Ronald Reagan was shot. “Flynn got fired and he’s pissed off. The national security adviser always controls how much access the intelligence community gets to the president. And Flynn is shitting all over the intelligence community right now.”

For some veteran intelligence community members, that’s exactly what needs to happen. “Until the intelligence community purges itself of these very narrow-minded bureaucrats, we’re going to keep being wrong,” said an official supportive of Flynn’s approach. “And I don’t blame Trump for not wanting to be wrong.”

A former senior agency leader who knew Flynn when he served in government offered a word of caution about the maverick former general. “I always thought he was a mustang, but that he also needed to be managed,” the official said. “He was doing all of the right things, but it was the way he went about doing them.”

That has a former CIA officer very worried. “You are one GS-12 officer away from a fuck-up every day. I swear to God this is going to come back to bite Trump in the ass. The problem with Flynn is simple: ‘Fuck you’ is not a policy.”