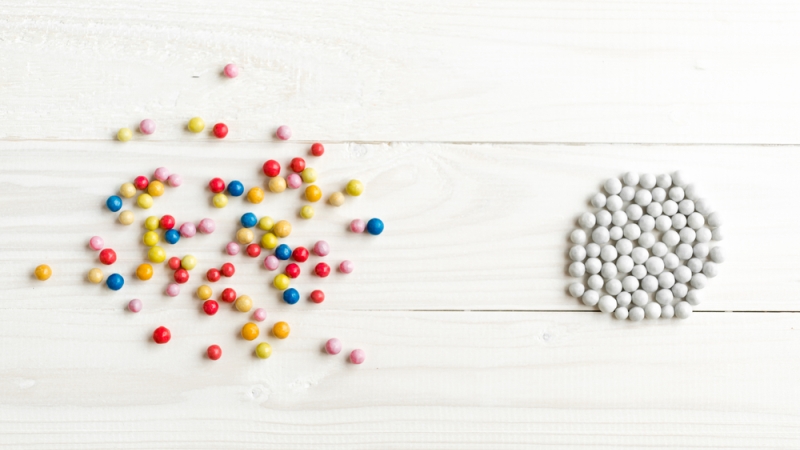 Since reorganization is a perennial issue in the Federal government, one would expect substantial academic literature to exist on this matter. While there is a considerable body of work on the histories of reorganization efforts (especially the various executive branch commissions), analysis of existing organizational arrangements (narrative pieces bemoaning overlap and duplication), and on what best might be called the politics of reorganization, the relationship between institutional and procedural reform and the policy output of the bureaucracy remains almost wholly unresearched.

Indeed, a review of the current state of actual knowledge concerning reorganizations and their effects is an unrewarding task, for knowledge of this kind is impressively slight. Dean Mann and Ted Anagnoson concluded, after an examination of the reorganization literature, that there was little explicit work on the results of reorganizations:

Almost nobody has asked the question: What difference have these reorganization plans and executive orders made? How have they been implemented and with what results?

The focus of this article is on these specific topics. It draws from my own work in the government not only on various organizational study teams, but more importantly from being deeply involved in creating two new agencies in government and abolishing two others.

As noted above, the what, what’s wrong, and to a certain extent, the what ought to be done, have been adequately covered–to say the least. But the specific consequences of restructuring efforts have been largely ignored. Let me begin this undertaking by assessing accomplishments in terms of the “goals” of reorganization. Reorganizations are usually designed to:

These goals or objectives of reorganization seem quite consistent with traditional public administration doctrine and characteristic of what Harold Seidman regarded as “administrative orthodoxy.” It is somewhat difficult, therefore, to measure success in terms of such “proverbs” or “organizational platitudes,” but let’s seek to dig a bit deeper.

A number of the goals reflect a concern with structure (e.g., simplify and streamline, efficiency and economy, consolidating program areas, simplify linkages, end organizational divisions, and so on). However, during reorganizations, while a number of consolidations occur, numerous others remain. This is not surprising since in a government with multiple objectives and thousands of programs it is likely impossible to organize so that issues do not cross organizational lines. In fact, there probably is no way to structure the government so that all programs with interrelated objectives are in only one component. Certain organizational efficiencies may occur, but a number of others remain–untouched or, in some cases, caused by the reorganization. Reorganizations end certain duplications or program overlaps while creating new ones.

Other goals reflect a major concern of traditional public administration doctrine: economy and efficiency. But tracking agency savings, as almost any seasoned budget officer would tell you, is “dealing with funny money.” Most reorganization assessments seem to verify Rufus Miles’ assertion that economy as a ground for major reorganization is a will-o’-the-wisp.

I recognize that it is far easier to announce a fundamental reorganization than to implement proposed plans adequately and to change materially the way in which our money is spent and our citizens are served.

He was addressing an issue that has received little attention: implementation of organizational reforms.  Donald Van Meter and Carl Van Horn have offered four reasons for the neglect of policy implementation:

These same reasons appear valid for explaining the neglect of reorganization implementation. While the constraints are formidable, what can be said about this important matter.

Rufus Miles has noted that reorganizations have traumatic effects that should be carefully weighed. Of course, as Miles noted, organizations “vary widely in the degree to which they disrupt the skein of human relationships that are the communications and nerve networks of every organization.”

Some reorganizations cause little or no disruption, while others are traumatic. But any reorganized agency undertakes a heavy load of bureaucratic activities. People have to be reassigned; procedures have to be developed; policies have to be established; money has to be spent in a way that can be made accountable; office space and furniture have to be obtained. Personnel has to review proposed organization structures, review and rewrite position descriptions, fill new and existing vacancies, transfer employees, handle union concerns, and advise employees of their rights during reorganization.

The magnitude of these endeavors can only be understood by someone familiar with the complexity and arduousness of the Federal personnel system. Similar challenges exist in budget, finance, grants, acquisition, security, and other administrative services.

Implementation is almost considered to follow automatically, a rather common occurrence, according to I.M. Destler and the Government Accountability Office (GAO):

So what lesson can we draw from previous reorganizations? First, reorganization is not likely to make government measurably cheaper. Second, unwarranted stress should not be placed on efficiency as grounds for reorganization. The simple fact is that public administration and organizational theorists know very little about what type of reorganization promotes efficiency; in some cases they have turned to consolidation, in other cases, to decentralization. Third, government reorganizers must pay special attention to the problems that can be caused by excessive tinkering. As Miles has noted.

Traumatic reorganizations may be analogized to surgical operations. It is important that their purposes be carefully assessed and a thoughtful judgment reached that the wielding of the surgical knife is going to achieve a purpose that, after a period of recuperation, will be worth the trauma inflicted. And the surgical knife should not be wielded again and again before the healing process from earlier incisions has been completed.