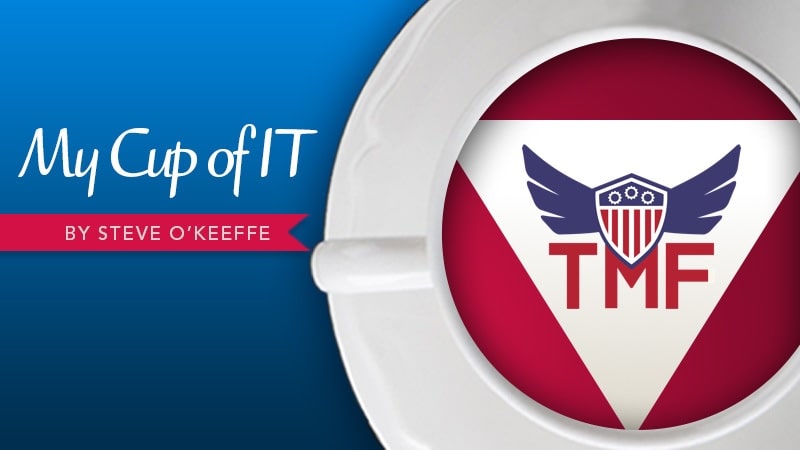 What does Covid-relief legislation mean for Fed IT? So far, not nothing, but in the big picture, not enough to move the needle on any large-scale modernization push.

That might be changing, and soon – with the Technology Modernization Fund (TMF) as the vehicle.

Little is certain in the current environment, but one thing to count on is that more relief bills are on the way, and that $3 billion pop for TMF is ready to roll into the next bill.

Consider as well: Congressman Mark Meadows (R-NC), long-time advocate for IT reform on the House Oversight and Reform Committee, is now moving to serve as chief of staff in the White House. That provides a powerful carrier for the IT modernization message in the hallways of power.

Here’s the low-down on how that $3 billion in IT modernization might play.

The powerful in D.C. are suddenly in touch with telework – and the role of government systems and networks in supporting really mission-critical work.

Agency secretaries and politicians see that cloud systems scale and perform – legacy, on-premise applications and systems, to quote Seinfeld, not so much … Secretaries struggling to host disaster portals and mobilize relief efforts suddenly want one throat to choke – that means concentrating authority in the hands of the CIO. Funny way to finally get those authorities outlined in FITARA. The importance of IT to allowing government to deliver on its mission is suddenly crystal clear – and, clear from the top down.

So, if that $3 billion in IT funding happens, how will it be distributed and managed? It’s not the only path forward, but it makes a lot of sense to utilize the TMF to get IT modernization done. Here’s why, and some changes that need to happen to make this approach viable.

As it exists now, TMF is both anorexic and awkward. After an original funding of $100 million for Fiscal Year 2018, new funding for FY2019 and FY2020 dwindled to only $25 million per year.

Further, the payback requirements have meant that very few agencies – including some of the agencies that actually sit on the TMF review board – have bothered to apply for those funds themselves.

So, why TMF now – and what needs to change?

TMF has a lot going for it as a framework to distribute and manage new funding for IT modernization – it’s quick (it already exists), it’s tied to the budget process, and it provides for required oversight. However, we need one very significant change to TMF – we need to relieve or remove the requirement to pay back funds invested to support telework and crisis response. If that happens, agencies will rush to access these funds and undertake true modernization efforts. Providing $3 billion in funding through the TMF will not do the slightest bit of good if agencies don’t access those funds because of repayment obligation fears.

Nobody knows when this crisis ends – but investing in Federal IT modernization is critical to maximizing our nation’s relief response, and for better mission performance after that. Better IT is not a nice to have…