The Office of Information and Regulatory Affairs (OIRA) created a smartphone app Wednesday that contains the status of agency regulatory actions. 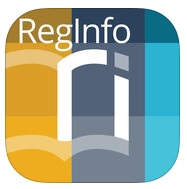 The app is significant because of President-elect Donald Trump’s promise to issue a temporary moratorium on new agency regulations that are not compelled by Congress or public safety in order to encourage businesses to hire more workers. Trump also announced that “for every one new regulation, two old regulations must be eliminated.”

The app allows users to search for regulations based on when they were completed, if they’re still being reviewed, or by agency. There are 96 regulations pending and 98 regulations recently concluded as of Thursday. The app also includes an interactive timeline, which shows the development of agency rules.

“The president has been committed to a 21st century regulatory system–one that maintains a balance between protecting the health, welfare, and safety of Americans and promoting economic growth, job creation, competitiveness, and innovation,” wrote Howard Shelanski, administrator of OIRA, in a blog post. “We hope this will be another way for the American people to learn about the Federal regulatory system, and more easily find information about agency rulemaking.”

Morgan Lynch is a Staff Reporter for MeriTalk covering Federal IT and K-12 Education.
Tags
We use cookies and other tracking technologies to improve your browsing experience on our website, to show you personalized content and targeted ads, to analyze our website traffic, and to understand where our visitors are coming from. By browsing our website, you consent to our use of cookies and other tracking technologies.
Do not sell my personal information.
Cookie SettingsAccept
Cookies